In this tutorial, I will show you how to install Python 3.7.0 on Mac. Python 3.7.0 is the newest major release of the Python language, and it contains many new features and optimizations.

Python is an interpreted high-level programming language for general-purpose programming. Created by Guido van Rossum and first released in 1991, Python has a design philosophy that emphasizes code readability, notably using significant whitespace. It provides constructs that enable clear programming on both small and large scales. In July 2018, Van Rossum stepped down as the leader in the language community after 30 years. 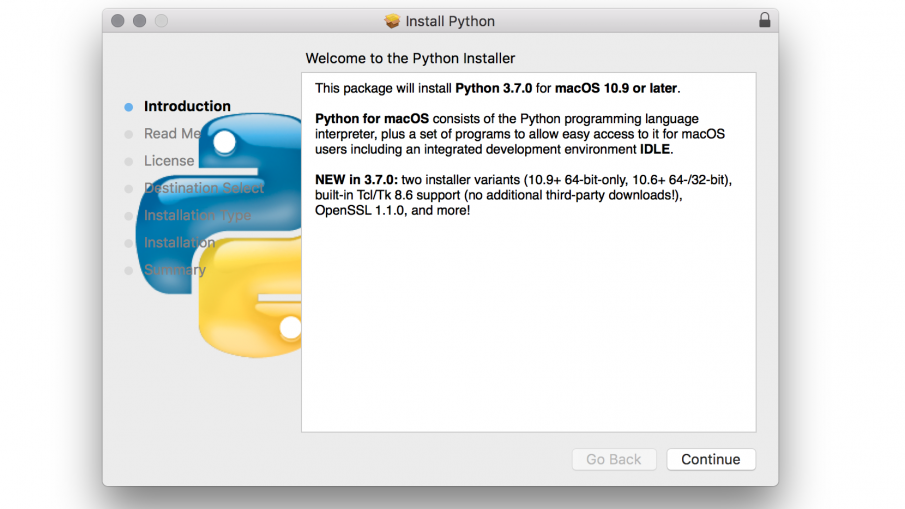 How to Install Python 3.7.0 with Homebrew

The preferred way of installing an updated version of Python is using Homebrew. Installing any packages with Homebrew is very easy. I mostly prefer Homebrew for installing most of the packages.

After installation, you can check the version using the following command:

If you have already installed older version then 3.7.0 you will get this error.

You can run brew upgrade python to upgrade the python version to 3.7.0.

If you have issues using this tutorial please feel free to comment below.